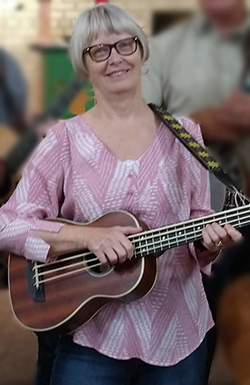 Everyone was so nervous! Immanuel Lutheran Church members are such forgiving people, they praised us from the start! 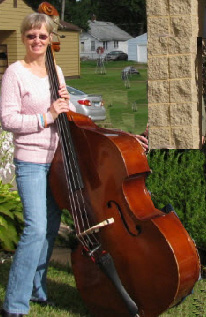 ic has always been a part of Denise’s life. She grew up singing around the piano, with her Aunt Marie playing songs such as, “Barney Google,” and “Ain’t She Sweet?” along with many Swedish folk songs and hymns.

With her husband Greg, who had been attending Bluegrass Festivals for many years, Denise started attending and caught “the Bluegrass Bug!” She is now hooked, and looks forward to the festivals every year, enjoying “lots of good music,” “good pick’in,” and “alot of ‘grin’in’ goin’ on” at the festivals.